Message from Trustee's of CHAITANYOPASANA TRUST

Glimpses from Biography of Shri Maharaj 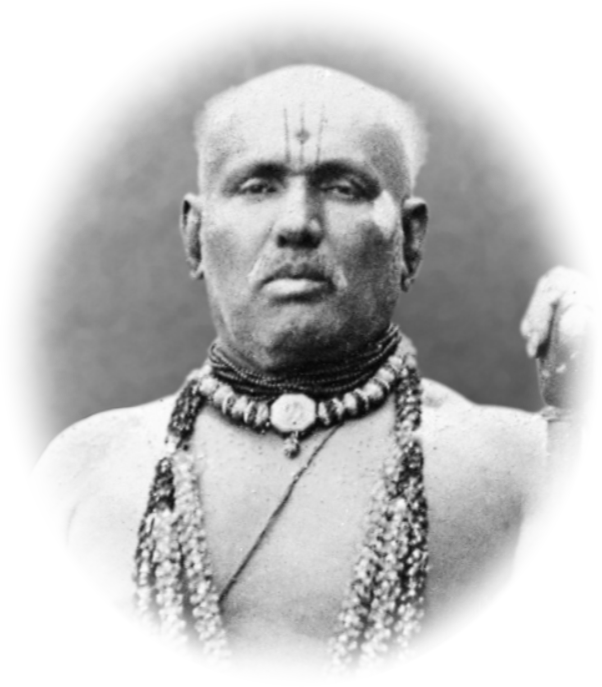 Shri Brahmachaitanya Gondavalekar Maharaj was born on Wednesday, February 1845 A.D. in a small village called Gondavale, Maharashtra, India. His parents named him ‘Ganapati’. Very early in his life, at a mere age of 12, the master left his home in quest of spiritual guidance and Grace of a Guru in order to seek God.

After searching through length & breadth of India he finally found his Guru, "Shri Tukaram Chaitanya" (fondly called Shri Tukamai) from Yehlegaon. Shri Maharaj surrendered himself body and soul at the feet of The Great Tukamai. He rendered nine months of intense, testing services to Shri Tukamai. On one auspicious day of Ramnavami, Shri Tukamai initiated Shri Maharaj with Ram Naam and placed his right hand on his head. The Master immediately lost himself into an intensely deep Samadhi. Shri Tukamai bestowed upon him the most invaluable jewel of divine experience. On one hand it meant a total disappearance of the Master's selfhood and on other it meant a full appearance of the Divine in his heart. At the mere age of 16, he became young Saint " Brahmachaitanya". 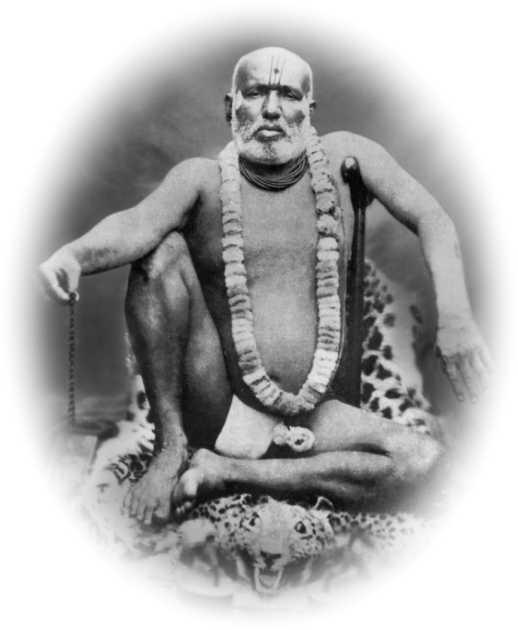 On instructions of his Guru he proceeded to pilgrimage across India. After 9 years of pilgrimage finally he returned to his family and family life. His 1st wife soon learned the greatness of the Master and advanced greatly on the spiritual path. But at a young age, she breathed her last just like a true 'Yogini'. As per customs of that time, the Master got married for the 2nd time but by choice to a 'blind Girl'. The master's mother too was a great soul. He served and took care of his mother with love until very last day of her life. He took her on a pilgrimage to Kashi and Ayodhya along with hundreds of people including men & women. At Ayodhya, his mother passed away calmly on his lap.

The Master built Shree Ram Temple as extension of his house. Soon temple became a holy pilgrimage for all types of people. Every person who came to the Master found a solace in his company. Untiringly till he breathed last, he preached surrender to the Divine Will through a 'Japam' of the Divine Name. He attempted to awaken in them an urge to seek the God. There were very large number of men and women who were initiated and given Divine Name by the Master. Amongst them Shri Anandsagar, Shri Brahmanand, Shri Bhausaheb Ketkar, Shri Tatyasaheb Ketkar, Shri Kurtakoti, Shri Ramanand are some of the few known disciples who attained the remarkable heights in spirituality.

On Monday, December 22nd, 1913 Shri Maharaj breathed his last and left his mortal body. But like all great saints, his eternal presence can still be experienced. Even today sincere prayers by guide seekers, uttering the Divine Name, do not go unanswered.

About Samadhi Mandir in Gondavale

The holy shrine called Samadhi was built at place where the master's last rites were performed. Shri Brahmanand, one of the dearest disciples of Shri Maharaj, was appointed as one of the Trustees by the master himself in his will. Under his able guidance the solid foundation of this institution which is today known as Chaitanyaopasana, Shri Gondavalekar Maharaj Trust, was laid. Even today all activities and rituals are in line with principles and guidelines set by Shri Brahmanand. 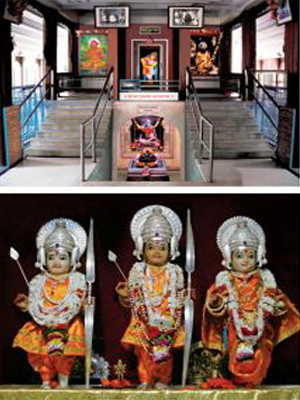 Samadhi of Shri Maharaj is the epicenter of all rituals, activities and celebrations in Gondavale sansthan. Japam of the Divine Name (Naamsmaran), Worship of the Image (Sagunopasana) & Feeding people without any discrimination (Annadan) forms the essence of worship at Gondavale. As per preachings of the Master, the Japam of the Divine name implies an awareness of The Divine presence plus a surrender of One's ego to 'His Will'. So every year a resolution to complete 13 crore 'Japam of Ramnam' is done. All people and Sadhakas coming or staying here contribute to the same.

When a saint leaves his body, he lives an eternal life in God. It is a resurrection in the mystical sense. This day of the reunification with the Divine is called' Punyatithee'. 'Punyatithee of Shri Maharaj' is the most important and celebrated event of the year at Gondavale. Other important events celebrated include Gurupournima, Shrikrishna Janmashtami and all Pournimas (Full moon Days).

Gondavale Sansthan is a one of the important Holy places of State of Maharashtra in India. In Satara District. Gondavale falls on about 64 kms on Satara - Pandharpur Road. State Transport Bus services from Pune (About 153 km) & Mumbai (About 320 km) are available daily. If coming by private vehicle, while coming from Pune via National Highway 4, you can take turn from Shirval towards Lonand and come via Lonand- Faltan- Dahivadi route. Similarly State Transport Bus services from Sangli, Satara, Miraj, Solapur, Pandharpur, Thane are also available.